This mosque is situated in the center of the city center of Zavareh, near Isfahan. The first construction date of the building goes back ta the Seğuk era. However, it has taken its final form after many additions.

The building was constructed of brick. The building has a courtyard and a single iwan in the entrance section. It was renovated, except tor the minaret, during the Ilkhanid Period. According ta its inscription, the minaret was built in 1068.

Rising on an octagonal base, the minaret has a cylindrical body which tapers towards the top. There is an inscription band on the minaret's body. The balcony was destroyed. However, it is understood from remaining traces that the balcony had stalactities shaped with brick.

The building's multi-domed sanctuary opens directly onto the courtyard. There is a stucco mihrab under every dome in the sanctuary. It is believed that at least one of these mihrabs dates ta the Seljuk period. According ta its style, it most likely dates from the Seljuk period. 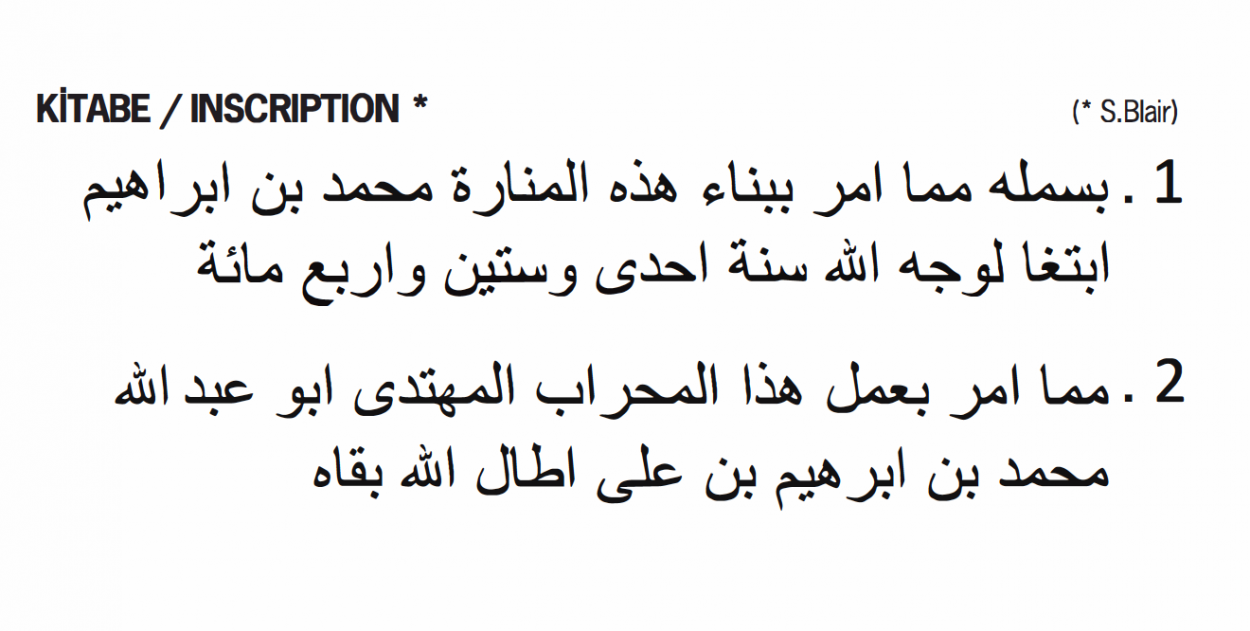 2. The one guided [by God] Abü cAbdallah Muhammad b. İbrahim, may God extend his life, ordered the making of this mihrab.